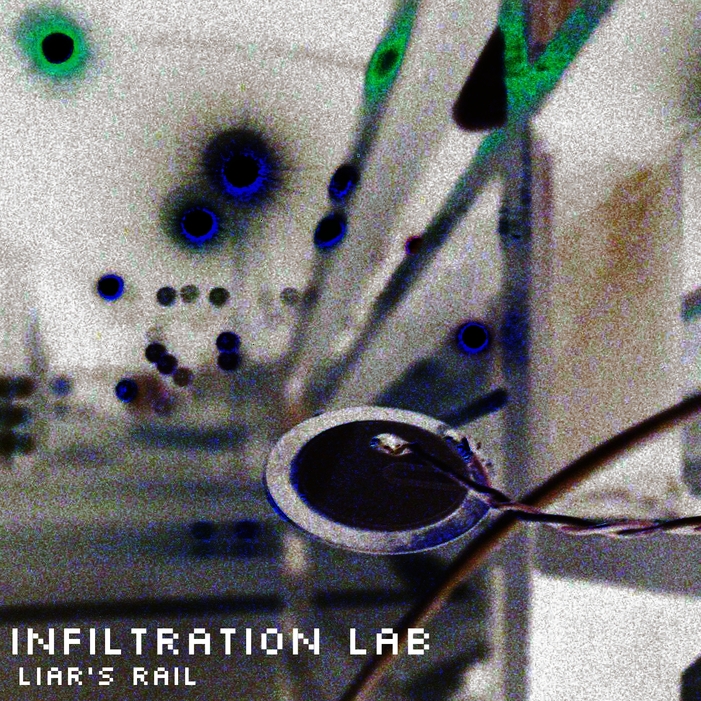 Liar's Rail (in two parts) is a dark, brooding field recording captured in downtown Portland, OR on October 26th, 2005. Both pieces were recorded in one take and contain no post-recording overdubs or mastered effects.

The process: A long steel reverberating railing was contact miked with a piezo element. The railing was subsequently stimulated with human fists, metal file, and power drill. For recording, the audio signal was fed into the microphone input of a laptop computer, where it was processed in realtime by a custom pure-data patch and recorded directly to disc.